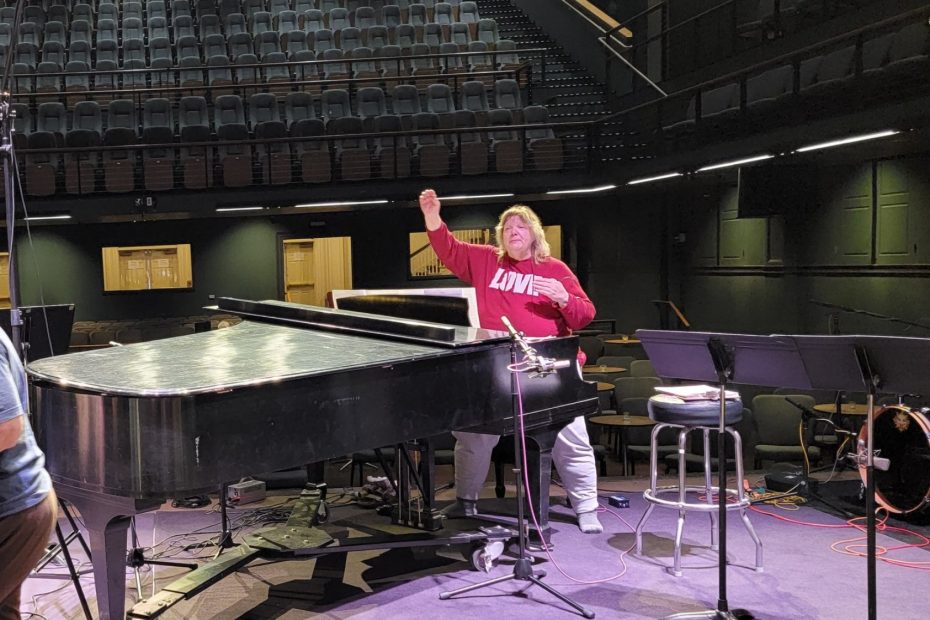 Tune in to KWVA 88.1 FM this Thursday at 3:30 pm for a chance to meet Lisa Hellemn, Music Director of Soromundi: Lesbian Chorus of Eugene. Hellemn appears on the “Group W Bench Show” hosted by Pee Wee, which airs 2-4 pm Thursdays. The show features an eclectic assortment of music, and will include some of Soromundi’s most recent songs.

One of the longest-running LGBTQ choirs in the country–and a beloved part of the Eugene-Springfield community–Soromundi kicks off their season this Sunday, November 20, at 12:30 pm on Eugene’s Holiday Market Stage. After almost three years of pandemic disruption, the 90-voice choir is rehearsing again and plans a CD release and a full slate of concerts this year.

Tune in Thursday, or stream live at KWVAradio.org, to hear Hellemn’s conversation and learn just what Soromundi is up to these days. https://www.facebook.com/KWVA88.1